You’ve probably heard the buzz about playable ads and how could you not? With playables resulting in up to 7x higher CTR and 2x higher retention rate compared to video ads, it’s no wonder 28% of US agency professionals currently cite playables as the most effective in-app ad format. 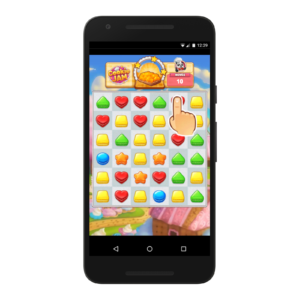 What is a Playable?

A playable is an interactive ad unit that allows a user a try before you install experience in a gamified format. For gaming apps, playables present a seamless transition from a user previewing a game to installing the app to continue playing the game. In the increasingly crowded app ecosystem where an estimated 1,300 new Android apps are released each day and 91% of users say mobile ads are more intrusive today than ever before. Playables offer app marketers a solution to both app discovery and user retention by cutting through the noise of the cluttered mobile space and facilitating the acquisition of a more engaged user.

While it makes sense that game developers and publishers would be early adopters of playables, the ad format can be used to create impactful branded experiences to promote non-gaming apps. We’ve seen brands use playables in powerful ways to maximize their mobile marketing efforts, including Wish’s use of playables on a retargeting campaign where users spun a virtual wheel to receive a free gift to be opened inside the app. Leveraging gamified ad experiences can also be a powerful way for brands to unlock valuable users found in gaming – for example, the 65% of women ages 10 to 65 who play mobile games. Unlocking this demographic could be a powerful driver for shopping and mcommerce apps to acquire and retain new, high-quality users.

QSR apps are gaining speed with brands like McDonalds, Burger King, Chipotle and Subway using in-app reward programs to increase customer satisfaction and loyalty. In fact, studies have found that mobile users have a 10% higher positive view of brands that offered rewards rather than just simply advertised. Playables offer a fantastic way for QSRs to engage mobile users who might be familiar with their  brand but have not taken advantage of mobile ordering for increased convenience.

QSRs could use a simple matching game that has users match ingredients to be used in a popular dish served at the restaurant. When a user successfully matches all the items to build a recipe, an in-store reward could be offered in-app, prompting users to download the app.

Shopping apps have become the second fastest-growing app category with retailers seeing an average two-thirds of their online sales coming from mobile devices. The majority of these sales are from mobile apps.

One of the reasons ecommerce continues to be a highly profitable arena is the convenience offered to shoppers to purchase products from the comfort of their own homes. With the competitive free and fast shipping rates offered by giants like Amazon, Wayfair and Wish, consumers can easily purchase items online to be delivered the next day.

An mcommerce app could build off this convenient shipping narrative by using a playable that simulates a delivery game where users have to successfully deliver a purchased item to its destination in the time frame allotted. This playable format could also be used effectively for a food or grocery delivery app.

With music-streaming generating over 75% of the music industry’s overall revenue last year, it’s no wonder giants like YouTube are stepping in to offer their own app-streaming services alongside music-streaming veterans like Spotify and Pandora.

Music streaming apps could leverage a multiple choice game format where a user is prompted to choose between different genres, moods and artists to be presented with a new artist to stream on the app. A music streaming app could also build awareness for a new artist or recently released album through a playable with matching branding.

News apps are gaining popularity among publications as publishers find that app users tend to consume more content than users on other platforms. Recently, Bloomberg found that the average news app user generates 25 times more page views per month than the average mobile web consumer of news and information.

News publishers can easily leverage the playable format by offering quiz games presenting multiple choice questions to users about events in the news. Personality quizzes could also be used by news apps, with users being presented an article that fits their preferences as evaluated by the personality quiz.

Our in-house creative team can work with both gaming and non-gaming app publishers and agencies to create beautiful, interactive playable ad units to engage users and deliver targeted messages. For more information about the Motive Playable Design studio click here.

How to Thrive for 15 Years in Ad Tech